Where do I start with this Meadow Brook Hall wedding? Lauren and Jeremy are two of the sweetest, most amazing souls I have ever had the pleasure of working with.
Lauren was planning her wedding from out of state. She had dreamed of a wedding at Meadow Brook hall since she was little. Growing up in Rochester, MI she’d taken make trips to Meadow Brook Hall over the years and pretty much had her wedding planned already. After some careful research, she reached out to a couple of Michigan wedding photographers and found me!


When we first talked Lauren shared details about the two of them and also about her wedding. She told me how it would be the wedding she’s dreamed of since she was a little girl (spoiler alert! It truly was!). She shared details big and small but one thing that really stuck out to me was the love she shared for her soon-to-be stepdaughter Anna. So many of our conversations revolved around this sweet girl, I was truly in awe of what an amazing bond they shared.

As with all love stories, this one has a little back story. I reached out to Lauren to get the story in her words because the MOH’s speech left me with some questions.

“I actually work at a sports bar on Sundays. Back in 2015, Jeremy and I met there. It was the day before Thanksgiving, which is like one of the biggest drinking days of the year. I was there with my girlfriends after being dragged out when I really wasn’t feeling it. He was sitting at the bar near the server station drinking a Bud Light (GROSS) and watching the hockey game. One of the girls I was there with, also works there and when I told her I thought he was cute, she said she had seen him in there often, sometimes with a little girl.

She didn’t think he was married but wasn’t sure. So, I went up to the bar at that server station (right next to him) to keep pretending I needed something from the bartenders in hopes he would talk to me. However, after my third failed attempt, I had flicked my hair back and it accidentally (PROMISE) went into his beer. HAHA! He was then forced to talk to me… and of course, made it really awkward.

One of his first questions… “I don’t want to sound creepy, but do you live on Foxglove?” My response “That’s actually really creepy, because yes…”
What I didn’t know was he actually lived just down the street from me, and had seen me multiple times walking my dog, but never had the courage to say anything. He said he recognized me right away at the bar, but was terrified to start a conversation. Lucky for him, I wasn’t.

We actually forgot to exchange numbers that night, so the next night I tried to find him on Facebook only remembering his first name and that he had a daughter. I finally found him, with ONE mutual friend, but was too scared to add him. After going back and forth with my friend that was there with me that night, I added him. He later told me that he could not remember my name and had searched every “La” combination he could think of on Facebook, and when he has finally given up, my request to be friends came through like 45 minutes later. We went on our first date about a week later, and were completely inseparable after that.”

While this love story is truly about Lauren and Jeremy, there was another key piece to this puzzle, Jeremy’s daughter Anna.

She played a huge part in this wedding and there were so many details that included her. From the first conversations, I had with Lauren to the wedding day itself. Most women are thoughtful when it comes to their bonus children but not nearly as thoughtful as Lauren.

Lauren shared these thoughts and details about Anna “I remember being a child of a blended family, and I know how important it is to feel like you aren’t being forgotten in this new life your parents build. I wanted Annabelle to know how much I love her, just like I love her dad. Even though this will be the only wedding day I get to have, I wanted Anna to feel just as important.

I made sure to bring in small details like the hand-stitched handkerchief for her that said “Annabelle, To use today and stow away until you need something old on your own wedding day. Love, Daddy and Lauren November 10, 2018” It was also important to me that Jeremy and her have a few moments to really cherish on this day, so I had Anna keep her dress a secret from Jeremy so that she could also do a “first look” with him just like I was going to.”

This wedding gave me all the feels and then some. Seriously, I cried so many times at this wedding and still tear up when I talk to Lauren about how amazing her day was. Take a look for yourself at the images below, this one will go down a fav for sure!

Captured Couture, LLC is a group of the best Michigan wedding photographers. They serve the entire Detroit, Ann Arbor, and all of Michigan. Captured Couture specializes in modern storytelling for weddings and engagements.

A Spring Wedding at The Whitney Detroit 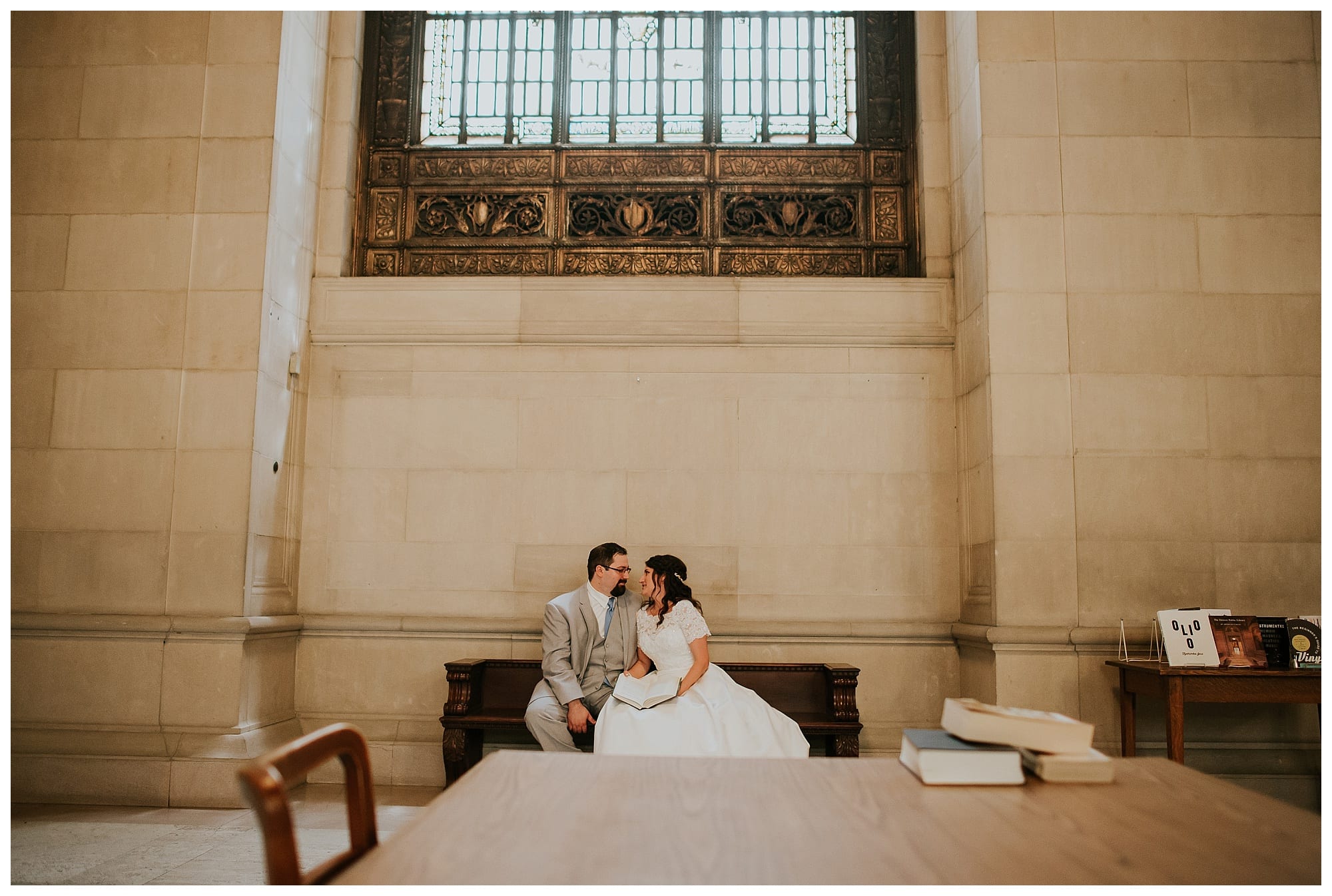 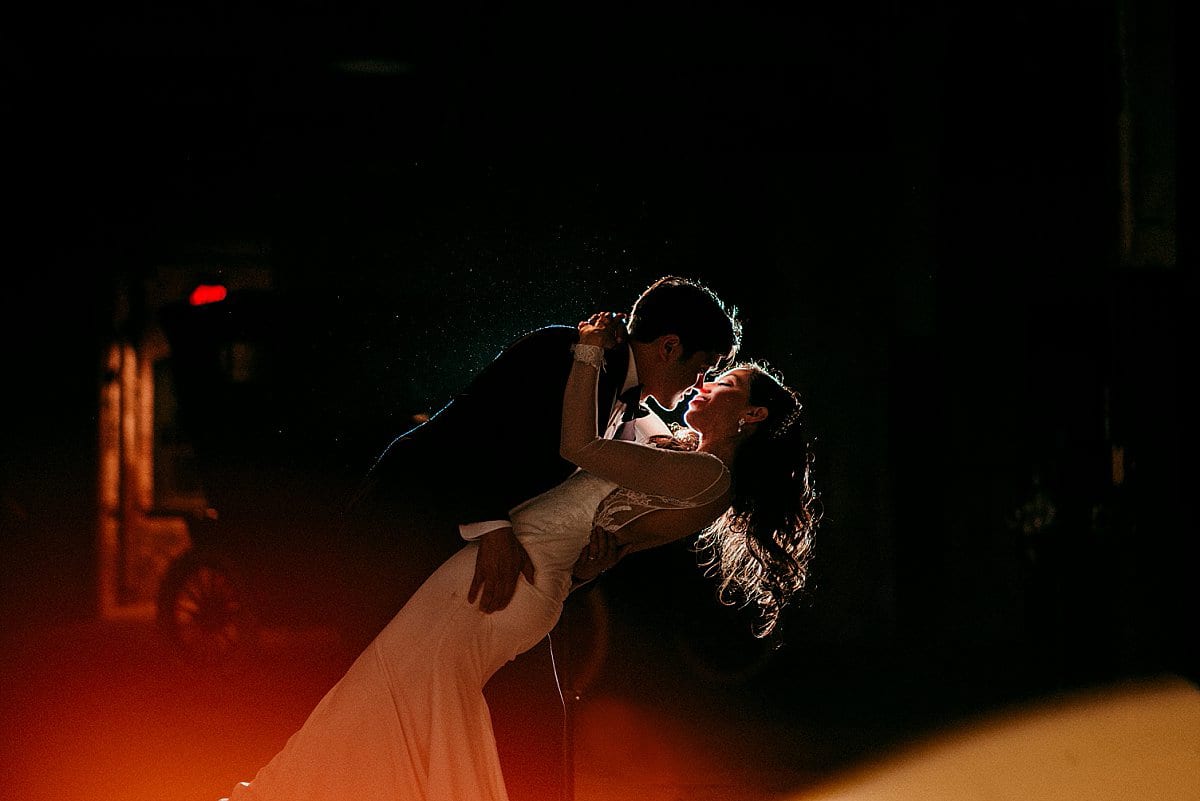 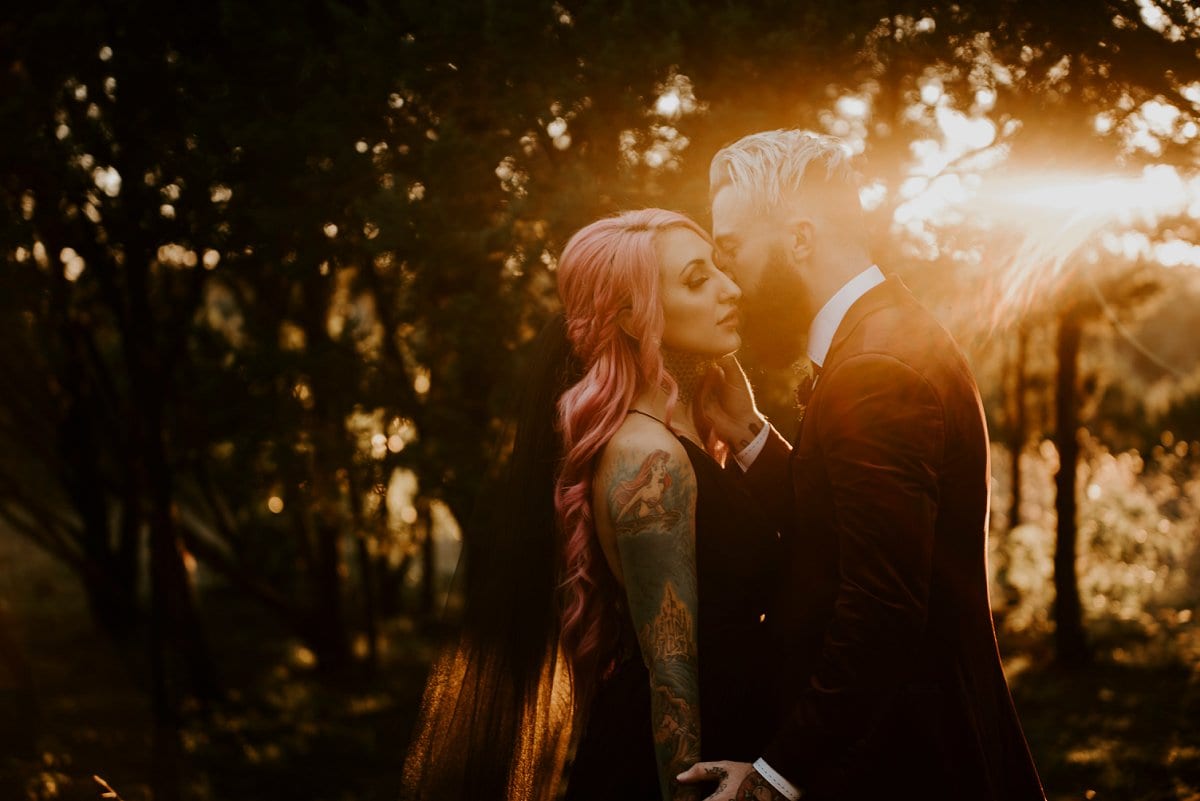 Thank you so much Sue! They were such an amazing couple! 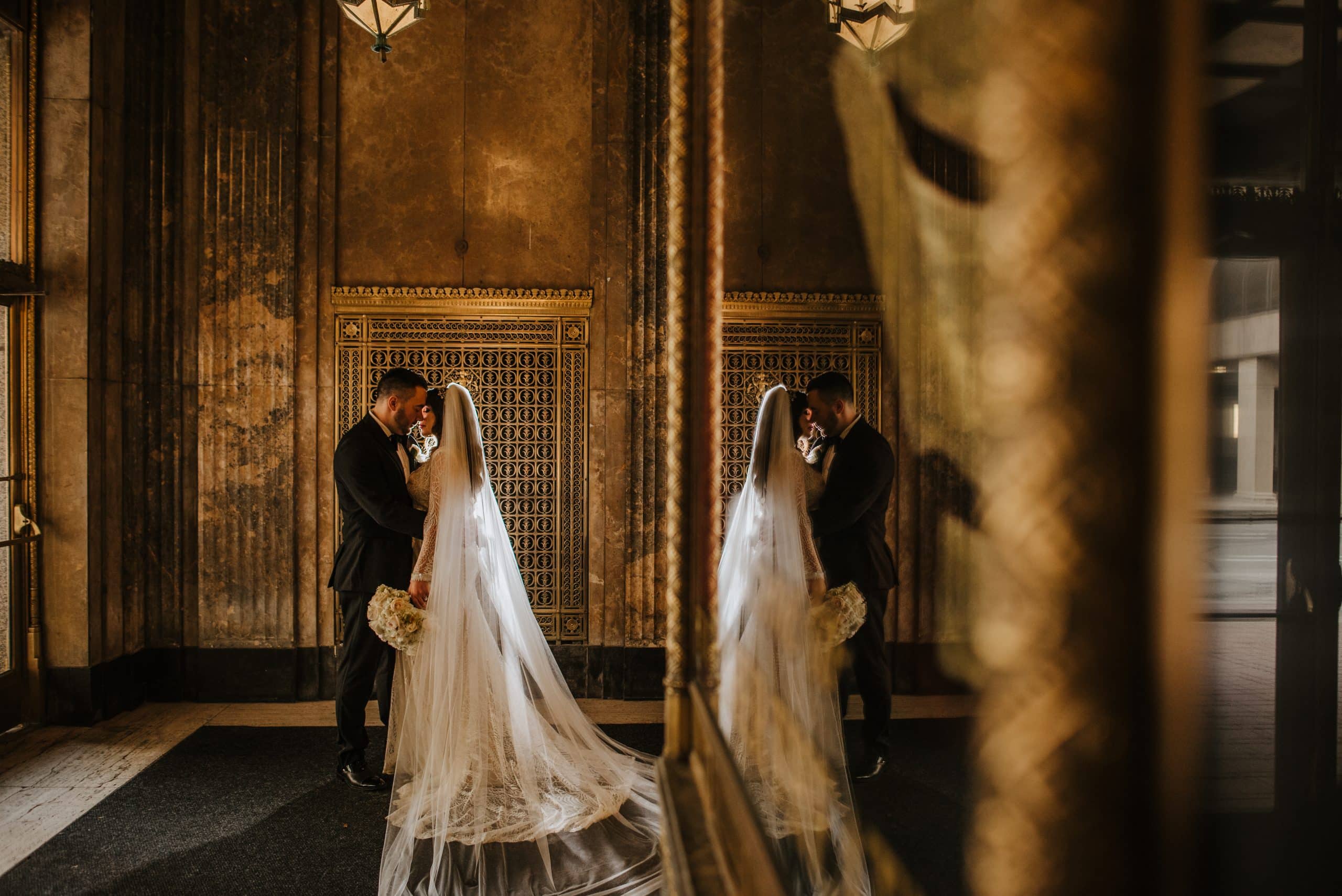 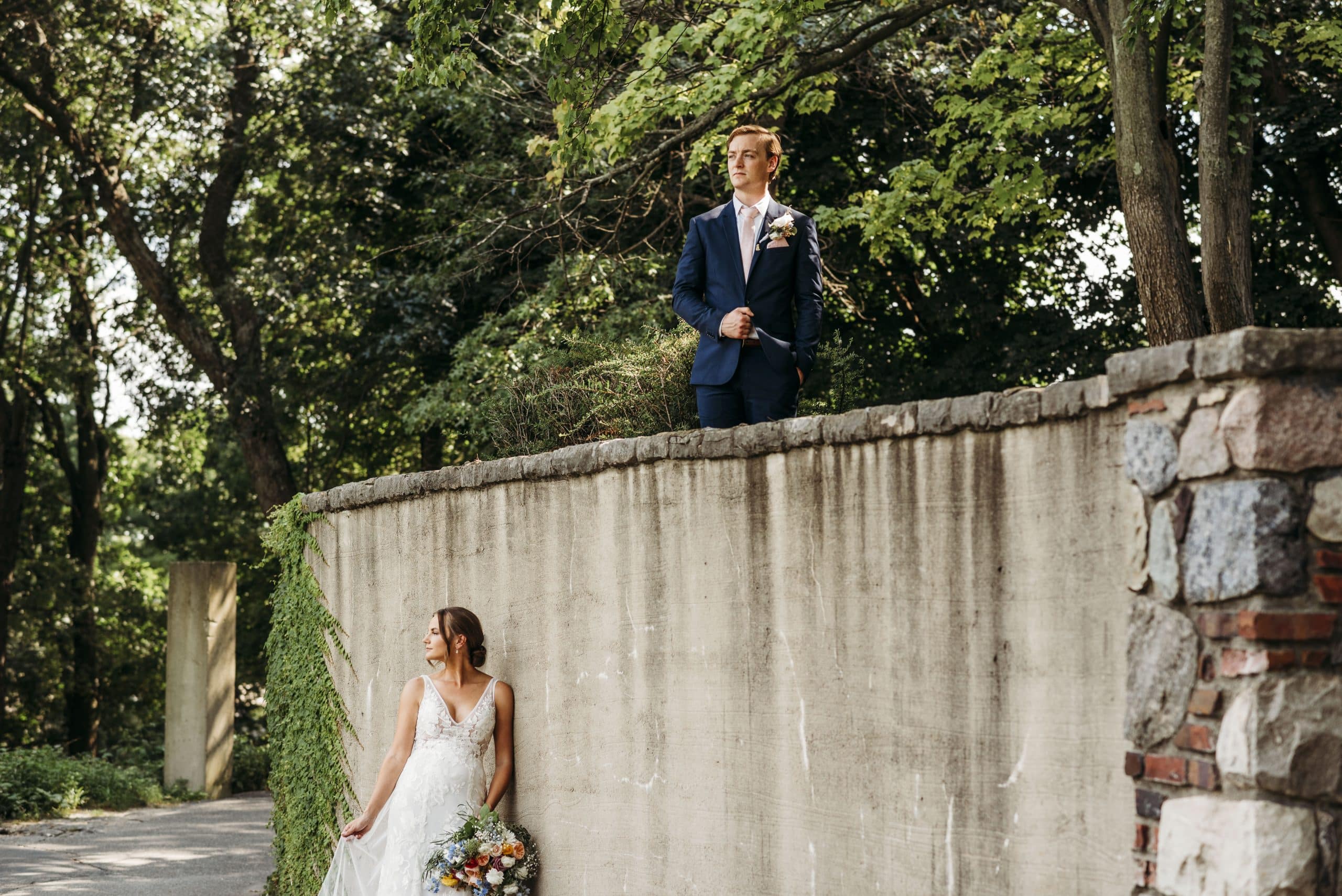 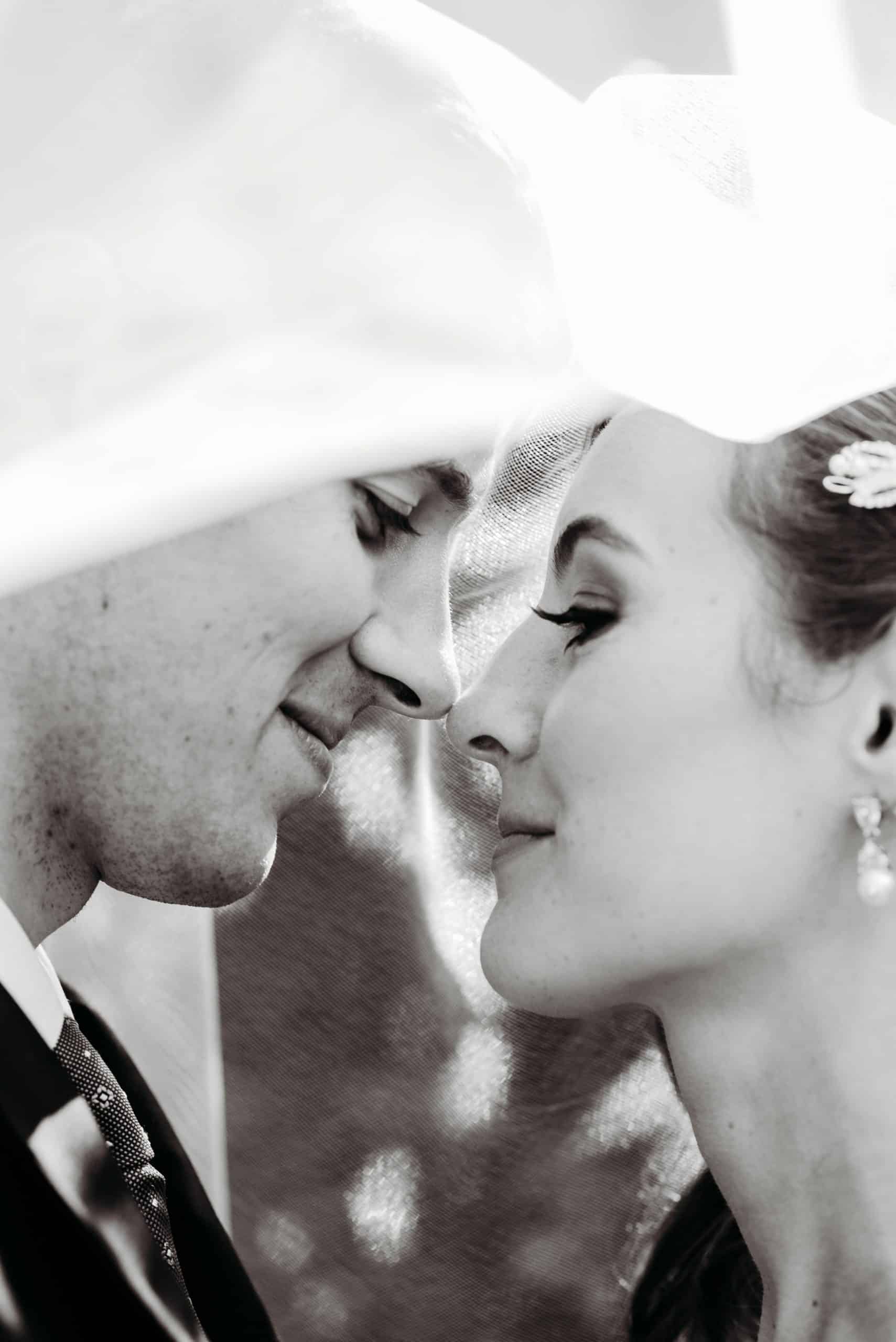